Our consultants have been selected from various sectors of the aviation industry based on their unique front line experience and detailed knowledge.  Our expertise embraces business aviation, commercial aviation, airport management, military and government.  Through our strategic partnerships we are also able to offer business development, financial and marketing expertise and other specialist disciplines. 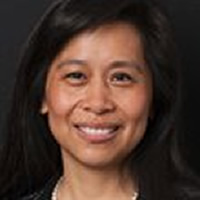 Ping Cairns
Consultant
Ping is a solicitor qualified to practice in both China and UK. During the past 20 years Ping has dedicated her life to the aviation industry firstly as an aviation insurance broker at Marsh (UK) Ltd and subsequently a partner of Gates & Partners, a leading specialist aviation law firm.

She advises aviation clients on disaster planning and risk management, products and airport liability, EU regulatory issues, and a variety of aviation contracts, Conditions of Carriage and terms of websites, as well as general commercial litigation.

Ping also advises on insurance policy coverage issues, and successfully defended a Lloyds’ broker before the English High Court in a US$100 million claim in relation to issue of insurance certificates, which led to the claim being withdrawn. 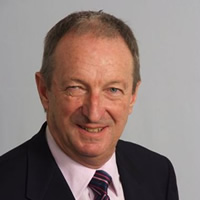 Mike Ambrose
Consultant
Mike is an air transport executive with more than 46 years’ hands-on experience in the industry covering airlines with different business models and within different functions and departments.  He has had extensive involvement in dealing with regulators, politicians and the Boards of airlines.

He took up the post of Director General of the European Regions Airline Association (ERA) in 1987 and developed ERA from a small and indebted organisation into a highly motivated and effective organisation that is financially healthy.  Under his leadership ERA achieved the respect of the European Commission, European Parliament and Europe’s air transport regulatory institutions for its knowledge and constructive approach in managing and reacting to the various issues that threaten the well-being of Europe’s regional airlines.

Mike established and Chaired, for 14 years until retiring from ERA, Europe’s Council for Environmentally Friendly Aviation (CEFA) which remains the principal forum for Europe’s air transport industry to coordinate policies, priorities and actions on environmental matters.  He has been a Board Member of Flight Safety Foundation for 14 years to present, a Member of FSF Executive Committee for 9 years and was Vice Chair International for 3 years.

Starting his career in BEA, he worked on aircraft performance, weather minima, let-down procedures and other documentation to maintain the currency of aircraft operations manuals.  Later, as a Systems Analyst in BA’s management Services Division, he specified and implemented computer systems for aircraft component control, stock control, catering supplies control and cargo management.

Mike is a Fellow of the Royal Society of Arts, the Royal Aeronautical Society and the Chartered Institute of Logistics and Transport.  He has been given three Lifetime Achievement Awards. 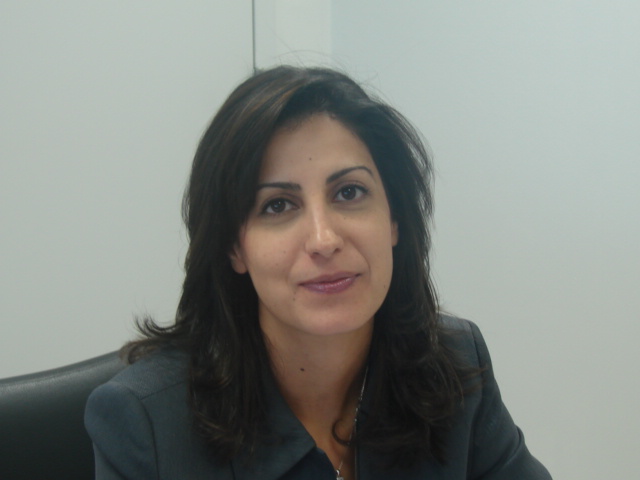 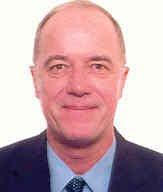 Alan Skennerton
Consultant
Alan is a widely experienced fixed wing and rotary pilot with both operational and Search and Rescue background.  An Aviation Safety and Security professional who until March 2014 was the Director of the Aviation Security and Accident Investigation Department of the Dubai Civil Aviation Authority. Alan also has extensive experience in the management of air shows and has been Deputy Chairman and Static Park Director of a number of the Dubai International Air Shows . 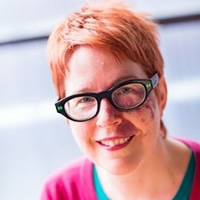 Dr Clark’s consulting work focuses on understanding how and why miscommunication happens and its safety implications. She uses both long-established and cutting-edge academic methodologies to reveal insights and understand messages that may be hidden ‘between the lines’ of talk and text. She specialises in cabin crew, flight crew, and controller communication and interaction.

In 2013, she received her PhD in Linguistics from Queen Mary, University of London, where she investigated how cabin crew use language to construct a professional identity and community. She maintains a Visiting Scholar position at Queen Mary, and engages in applied research in order to contribute to and enhance aviation safety and security. She regularly presents at international aviation and academic conferences.

Before starting her academic work, Dr Clark worked in the US civil aviation industry for ten years. Now based in the UK but working internationally, this experience gives her a unique perspective and insight into the day-to-day demands of crewmembers on the line.

Dr Clark works with industry and regulatory clients, and has most recently worked with the UK Civil Aviation Authority on a project involving pilot / controller communication and ICAO language proficiency. 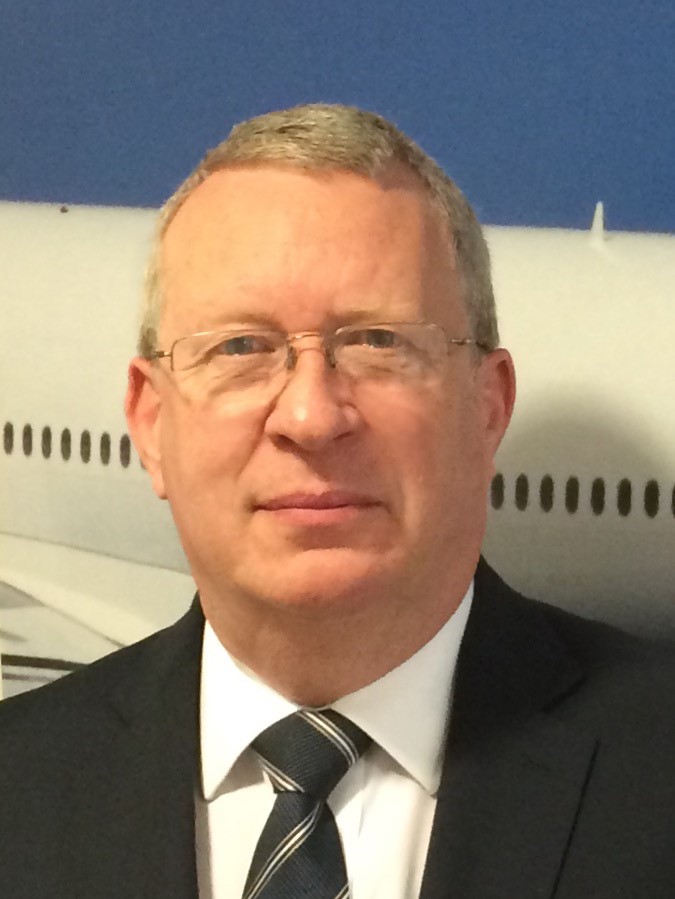 Leaving the RAF in 1987 with an Airline Transport Pilot’s Licence, he flew the Boeing 757 and became a Training Captain on the Boeing 737 with Air Europe.

He joined Air Accidents Investigation Branch in 1991 and has investigated in excess of 500 accident and serious incidents in the UK and locations in Europe, North America, the Caribbean and the Arctic Circle.  Additionally, he was able to maintain his ATPL becoming type rated on the Boeing 767, the Airbus A300‑600 and the Cessna Citation and qualifying as a helicopter pilot.

In 2005, he was appointed to the Senior Civil Service position of Deputy Chief Inspector responsible for the day-to-day management and operational processes & procedures for aircraft accident investigation in the UK, its overseas Territories, Crown Dependencies as well as AAIB’s involvement in foreign investigations.  Additionally, he was responsible for the quality output for all AAIB reports and publications.  He held the post of Chief Inspector before he resigned to become a freelance consultant in 2017.

He is trained in Strategic Command Crisis Management, the Analysis of Human Factors in Aviation Safety and Quality Management for Airline Operations. 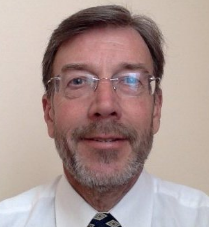 John Edwards
Consultant
With over 37 years of aviation experience, John has gained competence in the areas of safety, security and risk management, systems development, implementation and audit. He has held a range of senior posts including Airport Manager, Jeddah for British Caledonian Airways, Senior Ground Safety Manager and Head of Cargo Security and Quality Assurance at British Airways and Head of Cargo Security and Assistance Director Aviation Security Policy and Projects at IATA.

John has extensive experience of managing, current, new and emerging security threats and a wide range of aviation safety risks. He is highly experienced in reviewing and enhancing performance, based on risk assessment and quality assurance and a has a track record of successfully delivering complex projects in diverse cross-border environments. John has worked in numerous States on short assignments and has in-depth understanding of relevant international and regional regulatory environments and compliance cultures. He has been project lead for a major client for approaching 2 years, developing and underpinning implementation of their Air Travel Safety and Risk Management Program. 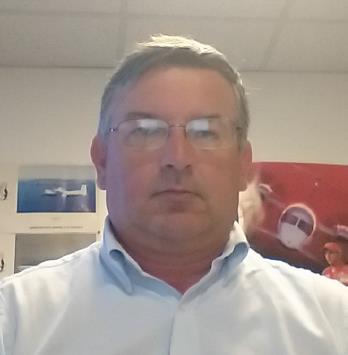 Thierry Chamard
Consultant
Thierry started his career as aircraft technician in the French Navy. Currently he is Quality Manager for a provider of aircraft maintenance tracking and information services to business aviation.

In addition, for the past 10 years, Thierry has worked as an independent consultant on Compliance Management and Safety Management Systems for European and African companies.

His experience covers Airworthiness Management and Operations for bizjet operators.

Today, he is more focused on Emergency Reponse Plan development, audits and training.

Thierry holds an Air Safety Investigator License. He is registered as an IRCA auditor, and EASA independent external safety expert for Aircraft Continuing Airworthiness, Organization and Management of an AOC holder and Safety Management Event Response.